Headliner of the 4th VSE unIT conference will be an IT legend, Steve Wozniak. He will give his
keynote speech on Wednesday 9th June. 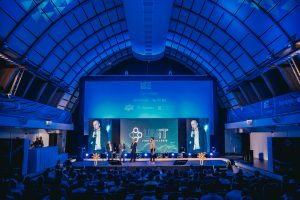 Co-founder of Apple Inc. sparked a revolution in computer development with his design of Apple’s
first line of products, the Apple I and II, which became the first generation of mass-produced
computers. Thanks to Wozniak, a computer changed into an integral part of our lives.

Wozniak is a true out-of-box genius. In his own words, he never wanted Apple to become the biggest
company in the world. He wanted such computers, that were not build by anyone at the time.
He then decided to build them himself.  Wozniak says, that the revolutionary design and availability of his
computers are a result of his creativity and lack of resources, which forced him into smart and
minimalistic solutions.

He took computers out of the giant halls and put them on everyone’s work desk. 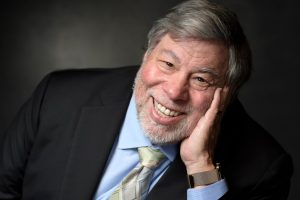 These days, Wozniak devotes his time to a number philanthropic and technological projects.
He funds multiple art galleries and museums, founded an online university WOZ U to grow young
engineering talents, but his primary focus stays in IT and new tech development. His most recent
project is called EFFORCE, a company using blockchain and fighting the climate change by increasing
energy efficiency.

The new decade began with a crisis. However, every crisis can become an opportunity and a start
of a revolution. As an author of a great revolution of the modern world, Steve Wozniak has a unique
experience and insight into how new technologies become transformative and change our society.
In a few weeks, he will share this insight at VSE unIT 2021.

Attendees of unIT 2021 will have a unique opportunity to send us questions for Steve Wozniak,
who will answer the best one during his interview at the conference.

On 8th and 9th June, VSE unIT conference will bring an opportunity to demonstrate the connection
between IT and business for the fourth time. Východoslovenská energetika Holding a.s. invites
everyone interested in smart solutions, new challenges and innnovation, that shape all companies
worldwide. Registration is open at HERE

OPPORTUNITIES ON THE VERGE OF A NEW ERA